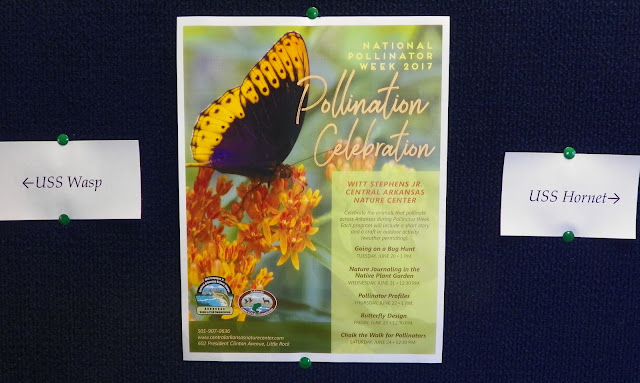 Public Event
National Pollinator Week, which ran from June 19-25, celebrates the animals that pollinate plants and helps raise awareness about conservation issues relating to these animals. The Arkansas Inland Maritime Museum partnered with the Witt Stephens Jr. Central Arkansas Nature Center, a part of  the Arkansas Game and Fish Commission, for their Pollinator passport program, which was a scavenger hunt where children visited various sites around Central Arkansas and answered questions related to pollinators. The museum contributed with a display about USS Hornet and USS Wasp, the two United States Navy ships that are named after pollinators.
Hornet and Wasp are two of the most prominent ship names in U.S. Navy history. There have been eight Hornets and ten Wasps. the original Wasp and Hornet among the first ships purchased by the fledgling U.S. Navy in 1775 and served in the American Revolution. Ships of these names also fought against the British with distinction in the War of 1812. USS Hornet became the first navy vessel to capture a British warship during the war. During the Spanish-American War, Hornet and Wasp were both civilian yachts that were converted into gunboats which distinguished themselves during operations off the coast of Cuba.
During the early part of World War II, Hornet and Wasp were aircraft carriers which took part in several of the key battles of the war in both the Atlantic and Pacific theaters before both were sunk by the Japanese during 1942. Their names were then given to two later aircraft carriers that served through the end of the war and beyond. Both ships recovered astronauts for NASA during the 1960’s before being decommissioned. Wasp was scrapped in 1973 while Hornet was turned into a museum in Alameda, California (click here to learn more about USS Hornet museum). In 1989, the name Wasp was given to an amphibious assault ship which is still serving today. 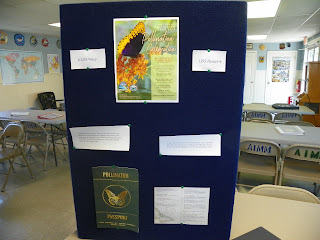