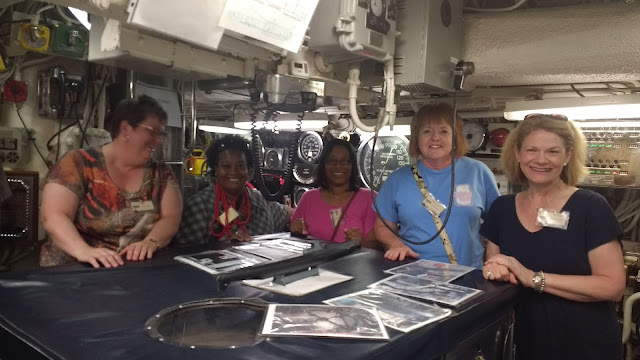 “Professional Development”
June 20, 2017, educators from across the state came to central Arkansas for a workshop that explored the role Arkansas played during World War II.  There were five presenters that included Shane Lind, Anita Deason, Kim Sanders,  DannaKay Duggar, and Allison Hiblong. 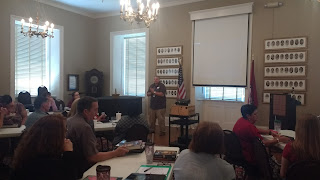 The workshop began at the MacArthur Museum of Arkansas Military History with Shane Lind.  Mr. Lind highlighted the museum’s Allison Collection of over 4,600 World War II photographs and original posters from the War Relief Program of the United States.  The posters are currently on display through October 5, 2017.
Col. (Ret.) Anita Deason, Military and Veterans Affairs Liaison for Senator John Boozman’s Office, lead a session on The Library of Congress Veterans History Project.  Colonel Deason explained that the project is focused on collecting, preserving, and making accessible the personal accounts of American veterans.  To learn more about this project, click here.

The last session that morning was by Kim Sanders from The Butler Center of Arkansas Studies.  Ms. Sanders discussed the Japanese Americans who were forced to leave their homes and relocate to military camps during World War II.  16,000 men, women, and children were sent to camps at Jerome and Rohwer in southeast Arkansas.  The center’s exhibit “The American Dream Deferred: Japanese American Incarceration in World War II Arkansas” is on display through July 29, 2017. 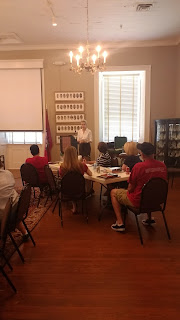 After lunch the workshop moved across the river to the Arkansas Inland Maritime Museum.  Here educators were taken through the museum to see two naval vessels that represent the bookends of World War II.  Allison Hiblong provided tours of the submarine USS Razorback as well as assistance in visiting the museum’s exhibits.
DannaKay Duggar from the Jacksonville Museum of Military History portrayed Rosie the Riveter to explain the Salvage Collection Program the United States Government created for school children during World War II.  Ms. Duggar presents this interactive program to schools.  You can learn more about this program and the museum by clicking here.
This was a very successful workshop and we plan on presenting a similar workshop in 2018.
Testimonials